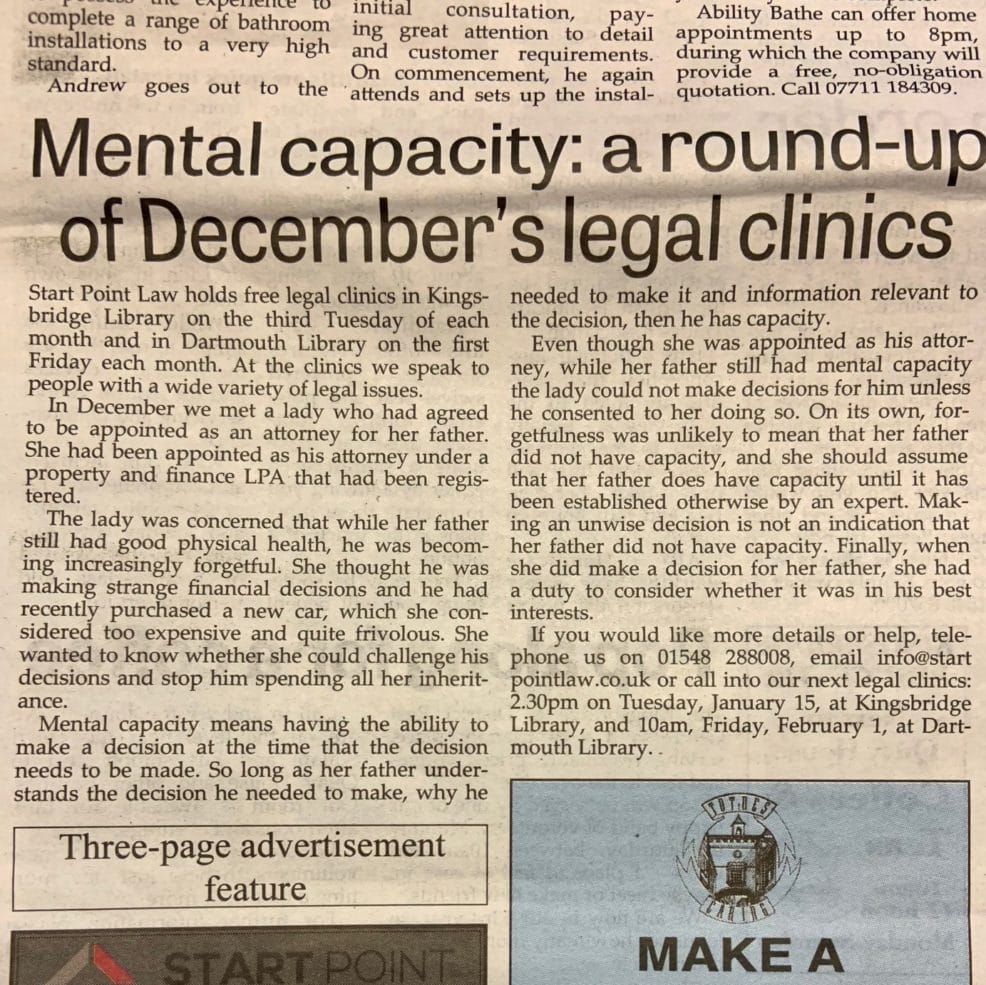 Legal clinic round up – December 2018

In December we met a lady who had agreed to be appointed as an attorney for her father.  She had been appointed as his attorney under a property and finance LPA which had been registered.

The lady was concerned that whilst her father still had good physical health he was becoming increasingly forgetful. She thought he was making strange financial decisions and he had recently purchased a new car which she considered too expensive and quite frivolous. She wanted to know whether she could challenge his decisions and stop him spending all her inheritance.

By continuing to use the site, you agree to the use of cookies. more information